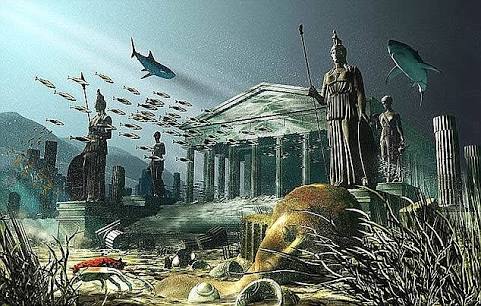 From the lost city of Atlantis to Mesopotamia, there are plenty of mythical locations that the world has long been desperate to uncover the truth about.

When it comes to vanishing islands and mysterious locations nowhere is quite like Africa with incredible mythical destinations.

Sure, there are other countries, but the top 3 from this list are all African locations so it’s clear that along with these islands, mythical mountains, and desert scenes… there’s a lot for this major continent to brag about.

Located just off of Madagascar’s southeast coast this landmass was discovered by Portuguese explorers.

Back in the 17th century cartographers put it on maps and charts and they continued to do this for another couple of centuries. As of today, the majority of experts have concluded that Juan de Lisboa is merely a phantom island. Wait, what’s a phantom island?

It’s a land mass found in the ocean that cropped up on maps after sailors discovered them in their travels across new realms. However, they were already discovered and the rediscovery was mistaken for a new find. Many cartographers would map their charts based on just hearsay.

It was discovered way back in 1516 by the same expedition that found the Drake Passage and the Marshall Islands. The Loaisa Expedition was led by Garcia Loaisa, a Portuguese explorer.

It’s located around a thousand kilometres from Ascension Island to the east-southeast. It was initially found on St Matthews Day at Africa’s south bulge and it started appearing on maps come the 16th century.

Captain James Cook, the famous seafarer, set out I 1775 to attempt to locate the island but he fell short.

This oasis lies along the trans-Saharan Caravan route in Mauritania, which is found in West Africa. The early manuscripts made whispered mentions of a Saharan Desert oasis (okay, it isn’t an island… but it’s almost the same, right?).

A spot where weary travellers and traders could stop for a break, rest, and replenish their supplies before they moved on.

The earliest references are from 1068 CE and it was described as being surrounded by vines, date palms, henna plantations, and fig trees.

While livestock was free to roam the streets, the region harvested the sweetest honey in all the land. It sounds a little bit like heaven, eating honey while petting camels, right?

Well, here’s the thing… did it exist at all? We will never know if it existed as described in ancient Arabic manuscripts, but when archaeologists were leading excavations nearby (from 1960 through 1976) they found ancient ruins.

Just 30 kilometres or so from Tamchakett they discovered ruins dated back to 600 – 800 CE and the area was inhabited right up till the 15th century. Archaeologists believe that these ruins, which have been dubbed Tegdaoust, are the remnants of Aoudaghost, the once famed oasis town.

Moving away from the continent of Africa, we explore two more islands from very different spots in the world. Check these out.

Okay, it’s probably the most famous city – that disappearing island of Atlantis. It’s been the subject of movies, TV programmes, and books, but… where on earth did it go?!

Its first mention was Plato – the island was a large mass in the Atlantic Ocean, lying west of Hercules Pillars. This powerful, yet peaceful, kingdom experienced a violent earthquake and was enveloped by crashing waves disappearing beneath the ocean as a result.

Why? Supposedly the gods were angry about starting a war against Athens, but since Plato first mentioned the fated island there have been no successful attempts at locating it (despite a lot of trying).

Sure, it could have all been in Plato’s imagination, but experts have linked it to an area just north of Crete in the Minoan Island (of Santorini, which is that picturesque Greek village with blue roofs and stunning white buildings).

The centre experienced an earthquake and volcanic eruption somewhere around 1500 BC and collapsed.

This island of the dead is part of the Yolngu culture of the Australian indigenous people. It forms part of the central belief of the culture’s cosmology being that it is where the creator lived before rising into Venus at the start of each day.

It is thought the island lies to the seat of Northern Australia’s Arnhem Land. According to the Yolngu’s beliefs the dead’s souls return to this land after death.

Okay, so there are probably a bunch of islands that are better for visiting, you know where there are civilisations and locals to get to know.

Regardless of your destination, before you make plans to visit anywhere or go anywhere; visit VoucherBin to find amazing discount codes and vouchers on travel, accommodations, booking flights, hotels and more.

You’ll find discounts on pretty much everything you will ever need for any type of travelling.