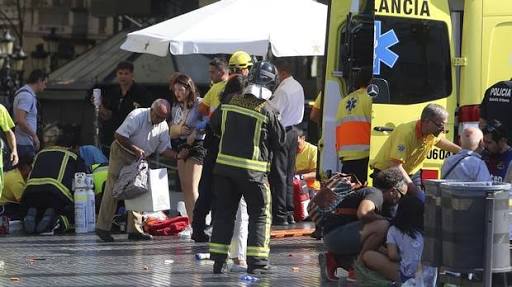 Spain is experiencing a backlash from the recent Barcelona attack where an islamic terrorist plowed a van into a crowd, killing 14 people and injuring hundreds more.

If your dream was to visit Spain, then you are probably having second thoughts about your trip. I visited Madrid over a decade ago and really enjoyed the scenery and latin vibe.

Things have changed since then so you are probably wondering:  Is it safe to visit Spain?

Ever since the terrorist attacks in Paris, I have declared Western Europe as a no go zone for several reasons. Right now, my travel focus is Africa and Southeast Asia because I don’t want to worry about these unfortunate terror attacks.

There’s an interesting article on the Dailymail showing a map of all 17 European terrorist attacks in the last 2 years. Here’s the map below: 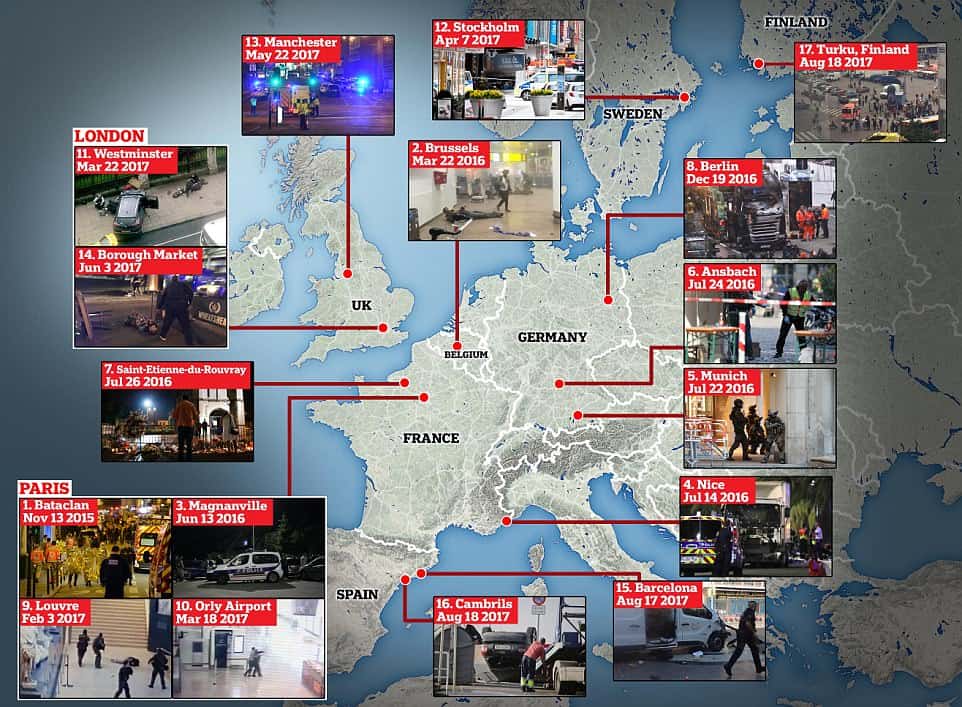 Clearly, it’s obvious that certain parts of Europe are prime targets for terrorism. I would avoid these areas at all costs.

I also published an article listing the top 10 cheapest places to visit in Eastern Europe where it is much safer, cheaper and doesn’t have a big history of violence.

Another interesting fact about these attacks is that they always happen in big major cities like London, Paris, Barcelona, etc. That’s because these cities are popular for tourism and many innocent victims. I would try lesser known 2nd tier cities with smaller populations because they are safer and cheaper.

When will Spain be safe?

I’m not exactly sure. I recently met a Spaniard from Barcelona in Thailand who said that Spain is a horrible place to live where all people do is obsess over work and sports. He spends most of his time traveling around Asia while only returning to Spain to work for a few months.

When I heard about the attacks, I immediately thought about my Spanish friend who is currently living in the Philippines. Maybe he was right; Spain is not a great place to visit right now.

Only time will tell. It looks like Western Europe is currently at war so I advise all travellers to stay away and look elsewhere.