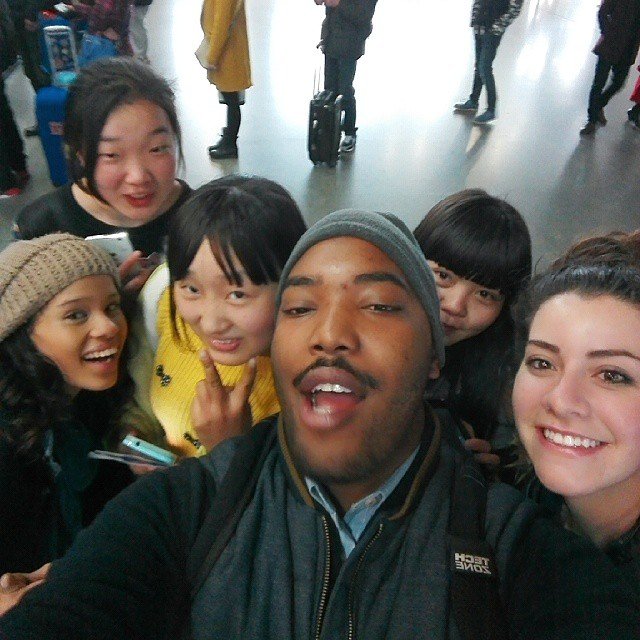 Coming from the US, being Black is not an easy thing to do at all. You hear it all the time about the US being the land of opportunity and millions of people who dream of visiting this place. If you watch the news, it’s no secret that the US has a huge race issue that’s embedded in it’s foundation and I know this will never change.

The US passport is one of, if not the most powerful passport in the world. Allowing full access and safe arrival to over 150 nations, but you will not be told that. I have been in Shanghai for almost a year and the adjustment has not been easy, but it’s definitely greener on the other side. From my experience and speaking with other people, Shanghai is the most international city within the Mainland. It’s the easiest to live in for foreigners for those moving overseas.

Safety is a huge adjustment. I never felt so safe and no stressed about my well-being. Cops kill unarmed black men daily and that’s something that I never worry about here. And a huge note, hand guns are illegal in the mainland. As a foreigner (American), you kind of have this silver lining about your well-being. I can party until the sun comes up, without any issues.

Broaden your horizons beyond what media tells you. The firewall on social media makes it more of hassle to stay in tuned but after awhile you realize you don’t need it and the numbness of the media on black people in the US. But don’t be fool, the world is watching the US and even the Baltimore protests a few months ago made CCTV here in China.

Lower cost of living, better standard of living: Cash is king, you don’t need a co-signer or credit check, just pay the deposit. No matter how nice the neighborhood or apartment, if you have the money, you can live there. Note: Rent is usually paid every 2 or 3 months.

People will stare: Different type of stares, malicious, curiosity, shock. After the first couple of months, the stares will no longer bother you. But there are some days that you don’t want to be looked at like an exhibit so keep cool, this too shall pass.

More career opportunity: You are already so many accolades just being from the US. You have a western higher education and also a native English speaker. There are of tons of job opportunities in teaching English as a second language, but also consider options within marketing, sales, editing, and translation.

Dating is a lot easier: A larger pool of women especially if you’re into the local crowd but also the expat community is very close knit. Women from Europe, Africa, South America and everywhere else will be available. From my experience and speaking with fellow men and women, Shanghai is definitely a man’s game. If you’re not into Chinese women, then you pickings are a bit less but if you are, there are millions of women who are intrigued, interested, and attracted to foreign men. Think about this, when you’re in America and you look at a foreign woman as someone exotic, you are now on the opposite side of that thought.