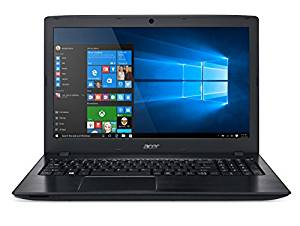 The issue of price will always reign supreme and aiming for a budget-friendly device is a key element.

With that in mind, we look at the best travel laptops you can get at under $500.

Being a beast of a laptop, it comes equipped with a Core i5 processor, 8 GB RAM, storage capacity of 1TB and a mass of 2.14kg.

This windows 10-based machine sports an Intel Atom Z3735F processor running at 1.3GHz which is uncommon but still powerful.

At a 13.3 inch screen, this Intel Celeron processor laptop has a 4GB RAM and a 16 GB SSD to withstand multitasking.

An Intel HD graphics which provide a full HD-screen and a 9-hour battery life sums it all up.

The Windows 10 Pavilion x360 11 is a convertible equipped with a 360-degree hinge. Its features are Intel Celeron processor, 4GB of RAM and 32GB of storage.

Its 11.6-inch display touch screen can be navigated using tent mode or display although it’s not full HD with the battery life being 11hours.

This 2-in-1 laptop is equipped with an Intel Core m3-7y30 processor rather than the Core, hence more power efficient.

Its 1366*768 resolution puts it at an underwhelming level. Besides, the 4GB RAM 500 GB hard drive and a short battery life seal off its display.

By purchasing this, you will get a 14 inch convertible-hybrid laptop with touch screen, an Intel core i5 processor, 8GB RAM and 1TB storage.

Another 10-inch transformer produced by ASUS. With its touch screen feature, it offers a digitizer with support for active pens, a good keyboard folio and good performance with its 6-10 hours usage on single charge.

It’s Intel cherry Trail-T Atom x5-z8350 processor is coupled with a 4GB RAM and 64GB storage capacity. On top of that, its windows 10 based and weigh a mere 0.5 kg.

Another hybrid with hinge, which let it flip almost 360 degrees. Its ultra-portable, weighing 1.39 kg with an 11-inch touch screen display, of 1366*768 resolution.