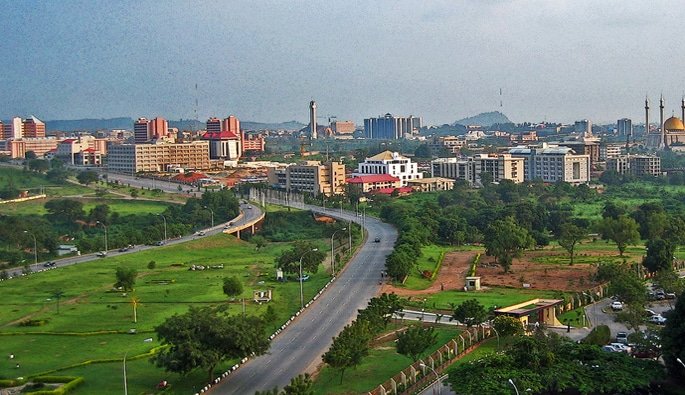 My first five years outside of the U.S. were spent based in Johannesburg, South Africa. There was familiarity there as I was immediately aware of how systemic racism and the effects of centuries of oppression impact the lives and life chances of African people.

On some level a large South African urban area is similar to Atlanta, Baltimore, or your choice of chocolate city in the U.S. People of African descent manage the local government, while whites control capital. I got that. I didn’t dig it, but I understood it from experience.

A year after transferring to my employer’s Africa region, I had already abandoned the well- rehearsed speech about ”coming home” to the continent. That never served me well in South Africa.

There, anything outside of the immediate borders of the rainbow nation was far too often referred to broadly as Africa.

To many South Africans, this strange territory was simply a scary place without good malls. The muti was better/more potent but it just wasn’t a place you’d want to spend your summer vacation.

You’d be hard pressed to find a major difference in the perception of the continent from South African whites or blacks.

Maybe it would be a slight step up from the way the average American perceived Africa…maybe.

Transferring to Nigeria in 2012, was a wakeup call. Unlike in Johannesburg, one could go days without seeing a white face. The issue of race swam around in my head but there was seldom a need to bring it up unless I wanted to force an American history lesson on someone.

Sure, the legacy of colonialism was there and the impact of neoliberal policies on the poor were easy to see. But as for race, I seldom thought about it.

I could go about my business in Nigeria without feeling undermined or diminished due to the color of my skin. I was living that classic bit from Richard Pryor Live on the Sunset Strip when he talked about his first visit to the African continent.

The awareness and yet the absence of race was liberating for him as it was for me.

My family and I were residing in the blackest country on the planet.

I could shop without being harassed.

I could hail a cab with a pretty strong certainty that the driver would stop for me.

I didn’t feel that I had to be overly nice to calm the nerves of someone with preconceived notions of the temperament of black men.

Getting on an elevator in mixed company was devoid of tension. I was even allowed to be angry on occasion.

I imagined that this must be the freedom I heard folks shouting about when I watched American news coverage of U.S. presidential campaign rallies since leaving the country in 2007.

Although the geography of the Transatlantic slave trade would make talk of African Diasporic linkages more relevant in Port Harcourt or Lagos,  I had learned the hard way that this topic was deemed indisputably wack on the occasions I attempted to unpack it during conversations in South Africa.

My American constructed rap on race was considered corny, simplistic, and in some circles counterrevolutionary.

I never pulled it out of its bag in Nigeria. For a host of reasons, I assumed no one wanted to hear about that struggle anyway. They had their own.

Sad (for me) but true. And the name of the game had changed from class to race.

Before leaving America I never thought I had a class designation. Despite earning graduate degrees at a fairly early age, I still had crushing student loan debt.

No one in my immediate circle was going to provide a down payment for a single family home as a wedding or graduation gift. My credit score following graduate school was abysmal.

I wasn’t aware of a beach house in Cape Hatteras or a country club membership in my name. I suppose if I knew the reality of the average American financial situation, I would be inclined to include myself as a member of the middle class.

In my mind at least, I wasn’t working poor. Although that reality was all around me at the University. I figured at best I was working broke with semi-hipster tastes.

I ate salad with spring mix or fresh spinach–never iceberg lettuce. I shopped at Trader Joes. But I drove a Saturn. Maybe I was Bourgie Broke.

But still, class never registered in my mind. It should have but it did not. Until I relocated to the African continent.

In Nigeria more so than South Africa I found myself thrown into the 1%.

These were folks I was supposed to hate and now I was one of them. I lived in Abuja, but owned a modest vacation home in Florida.

Through discipline I had managed to fix my credit rating. My son attended a private school. I lived in a gated community. We employed a driver and a nanny! We had groceries delivered to the house.

I had been in a few events where I met with governors and presidents. I was introduced as an American friend. I was American and upper middle class.  That amazed me.

I grew up in eastern North Carolina. My first job was picking blueberries until I upgraded to fryer duty at Wendy’s. This new status just felt bizarre. I had a class! And it wasn’t working or poor. And with that change in status came a sense of protection.

For the first time in my life I no longer feared the police. The Nigerian domestic security forces are brutal in ways that make the relations between their American counterparts and people of color in the United States seem downright cordial. But they are quite nice to my family and me. They even guard my son’s school.

A school where he is talked to, not at and told that he can be anything he wants to be in life.

When he does well in class, he’s not treated like the chimp that can talk.

At a recent assembly, when asked by the facilitator to name the career he’d like to pursue as an adult, he said a policeman. Common enough answer for a five year old. But among the well-heeled audience, hilarity ensued.

Police work for us! We don’t become police! No critique of the system there. No engagement on Black Lives Matter.

Police were public servants but only for a sliver of the populous. I’m a part of that now.

Life was so much easier here than in America. But before reclining and luxuriating in my newly acquired status, I began to struggle mightily with it.

In the social media forums I belong to that highlight the experience of African-Americans living and traveling abroad there is seldom mention of American passport privilege.

For every 100 tales of how great it is for black Americans in Madrid, Paris, or Amsterdam there might be one story about an African immigrant being attacked by the very same people that welcomed the American.

Within my limited social network the storyline still centers on African-Americans entering European countries and marveling at how welcomed they are as opposed to the equally white spaces they left in the U.S.

We are so in need of exhaling from the stress of being black in America many of us are finding it hard to see that same oppression while working and playing abroad. Or worse we’re craving an acceptance that shouldn’t matter anyway.

Managing programs in 12 African countries over the years I’ve been afforded opportunities I could never have imagined in my own country. But living abroad is different than visiting.

My present home, Nigeria, is home to the richest people of African descent in the world.

They live not too far away from some of the poorest.

I reside in the safest neighborhood I’ve ever lived in. But it’s only a one hour flight from the birthplace of the world’s deadliest terrorist group.

My dream country is an absolute nightmare for millions of Nigerians.

If given the opportunity to get one’s passport stamped, we have to be careful not to abandon the lenses that allow us to see our comrades who at times can’t breathe at all.