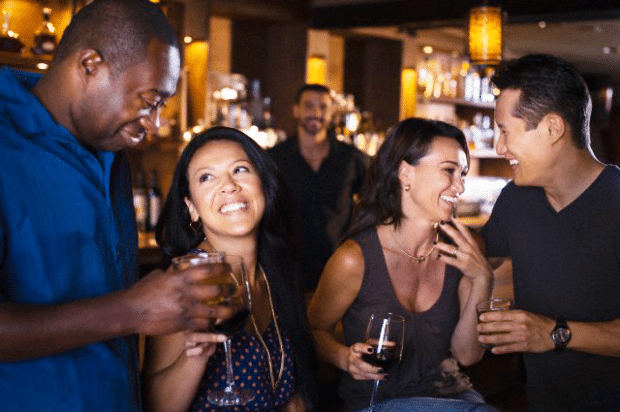 Any attempt to understand black American men and their relationships with Brazilian women must first consider cultural characteristics and the significance of social values. Now, we are not talking about any form of sexual voyeurism. Instead, this article focuses on those relationships that seek serious involvement, commitment or union. Further, the dynamics of these relationships are both interesting and unique. On one hand, they are interesting because these two groups share many of the same motives for seeking cross-cultural relationships. On the other, they are unique because two different cultures without any history of direct contact are able to communicate across cultural boundaries and share similar social and emotional values. However, to be honest about this discussion and not reactionary we must also examine the dynamics of ethno-cultural incompatibility.

Recently, there is an increase in discussion and debate about cross-cultural and ethno-cultural relationships. Topics such as social institutions, demographic trends, beliefs, values and cultural traditions are important to this research. Social evolutionary scholars such as Buss, Jankowiak, Fischer and Hofstede are guiding much of this work but cultural dimensions are of less interest. Yet, a cultural perspective is necessary to identify the conditions under which similarities and differences in the relationships between black American men and Brazilian women occur.

Many studies acknowledge Brazilian culture as inter-dependent and collectivist while American culture is by definition independent and individualistic. Although some segments of Brazilian society are independent and individualist, these segments are usually well off and influenced heavily by European or American social practices. Less wealthy Brazilians tend to value togetherness, friendship, cooperation, and aiding one another. For many black American men, the value of finding a meaningful relationship with loyalty, faithfulness, dedication and devotion is a crucial priority. The same is true for many Brazilian women. Now, this does not imply that black American women (or Brazilian men for that matter) are without these qualities. On the contrary, many have these qualities but it is more a question of priorities. While black American women may place a higher priority on security, comfort, career and wealth, black American men especially those with a certain level of educational, financial or professional success tend to seek higher levels of emotional involvement or commitment. Like most women in general, Brazilian women value security, comfort, career and wealth as well but seem to place a higher value on togetherness, family, closeness, and the importance of maintaining a relationship.

It is a common practice in Brazil when women get involved in serious relationships or marry foreigners, it is usually for wealth (i.e., better living conditions), prestige (i.e., higher social status) or both. For the most part, this practice is for members of the middle and upper classes in Brazilian society. Women from lower classes such as poor and working-class are usually not considered suitable mates for cross-class or cross-cultural relationships or marriages and are restricted to finding mates within their own endemic class. Further, Brazil’s history contains many instances of Brazilian women suffering the indignation of infidelity in their relationships with Brazilian men. Not only is this a problem now but it is a situation that has existed in Brazilian society since colonial times.

The early history of Brazil shows that Brazilian men had the freedom to be intimate with indigenous, mulatta, and African women. In turn, the social practice of miscegenation became widespread and Brazilian society became a society of mixed-blooded people. Later, when the population became predominately non-white or mixed, measures to “whiten” Brazilian society through assimilationist ideology was undertaken. Many studies show that Brazilian women were encouraged to seek cross-cultural marriages with arriving European immigrants in an attempt to whiten the society. The rationale was that “within a hundred years,” all traces of non-white ethnic variation would disappear from Brazilian society. During this time, Brazilian women suffered severe emotional restriction and confinement. In fact, a Brazilian women’s social and emotional behavior came under scrutiny by family members and society while men continued their promiscuous behavior. There are many stories of men discovering the infidelity of their wives and the severe punishments that women suffered. At that time, the society felt that Brazilian men were just in their revenge and they were exempt from any form of legal prosecution.

When we turn our attention to poor and working-class Brazilian women, especially those that work as domestic maids (empregadas doméstica) in the homes of wealthier Brazilians, we will find that many are coerced into intimate involvement with their male employers or the adult son(s) of their employers. Often, these women become pregnant, sometimes are paid money, dismissed from their jobs, and left to raise children as single-parent mothers. On other occasions, out of shame (vergonha) or fear, these women leave the employment and never reveal the true father. Now, it is true that some of these women seek this type of involvement to entrap wealthy Brazilian men. However, the vast majority of these situations involve poor, uneducated, young women trying to make an honest living. Thus, the early history of Brazilian women is one of severe restriction, confinement, oppression and suffering in terms of their social behavior and emotional human rights.

Similarly, black American men suffer oppression in the form of emasculation in the United States. During slavery, black men were brutally punished for attempting to assume the “duties of a man.” This natural role has been a custom and important part of African culture for centuries. The traditional “rite of passage” signified when a boy reached a certain age, he would assume the responsibilities of a man, which entailed protecting and providing for his family, wife, children, village and tribe. American slavery made a distinct point of humiliating, depriving and dehumanizing black American men. After slavery, this process continues in the form of disenfranchisement and inequality within American society.

Further, there is sufficient evidence that the American cultural system goes to great lengths to suppress black American manhood. More important, this institutionalized process starts at an early age for black men. For example, young black boys usually get lower grades in school, are likely to get into trouble more, and are often placed on behavior-modifying drugs. When they are adolescents, they are stereotyped with a personality that imposes criminality, juvenile delinquency, and the characteristics of troublemakers. When it comes to higher education, black American men experience lower enrollment rates in US colleges and without an education, it is difficult to find good paying jobs. Without a good job, many are not considered suitable “marriage material” for black American women. Studies show that the percentage of men in prison, the percentage of men without jobs, and the percentage of children living without a father are highest among black American men. In addition, statistics show that unemployed black men are more likely to divorce and the percentage of black marriages is declining. Perhaps more important, the image of black men in American media is sexist, misogynic or homophobic. As a result, only a small percentage of black American males emerge into adulthood as strong, independent men capable of providing for themselves or a family.

By contrast, for the past three decades, black American women have made unprecedented progress in education and professionalism. In fact, they have achieved success in many areas that were unavailable to them. Along with the increase in homosexuality among black American men, the pool for desirable mates has decreased leaving black American women with limited choices. Clearly, this disparity is creating more frustration in relations between black American men and women. On one hand, women see themselves as succeeding in life and wanting men that share their same “ambitions” for social and professional success but are unable to find them. On the other hand, black American men that are successful in terms of financial, educational, or professional achievement are seeking women more concerned with emotional rather than material growth. This division into two opposed and contradictory objectives in life is creating a disunion between the parties. The resulting incompatibility is opening a gap that is allowing different types of cross-cultural relations to form and making converts of black American men.

Today, women in Brazil across all different classes are more liberated. There are changes in structural relations and the redefinition of the traditional family model. Biasoli-Alves’ research suggests that Brazilian families are adopting profound changes in their beliefs about relations in the home and different understandings of the public roles of women. According to Goldani, diverse forms of relationships are developing such as dual-worker, single parent, and remarried families. Reviewed studies also suggest that marital separation and divorce, formal and informal remarriages are becoming commonplace. Women are beginning to head their own households and families include children from different marriages and unions. Brazilian women are seeking better educations and entering the workforce. In addition, they are beginning to acquire professional occupations and perform activities outside of the home. More important, some studies suggest that movements to increase democracy play a major role in developing feminist consciousness. As a result, a new, bolder, liberal-minded Brazilian woman is emerging. But we should note that many of these new arrangements are socially accepted but have not become culturally institutionalized throughout the society.

From this perspective, black American men and Brazilian women share the unfortunate fate of social and cultural oppression within their respective societies. Thus, when a Brazilian woman with a social history of mistreatment meets a man that is financially stable, who treats her well and above all demonstrates that he is trustworthy, this provides a unique opportunity for her. When black American men emasculated by American cultural society and devalued in their relationships with black American women encounter women that admire and respect them and are seeking higher emotional involvement or commitment, they are re-invigorated. There are exceptions to every rule but for the most part “mature” Brazilian women are loyal, dedicated to their families, devoted partners that seek happiness (felicidade), to have happy, educated children, and who want to find true love (amor verdadeiro) for their entire lives and not just a series of romantic episodes.

As globalization, advances in computer technology and transportation continue developing, travel to foreign countries is opening up a completely new area for those that can afford to travel. Wealthy European men and white American men have been doing this for decades but now black American men with the means are entering the playing field. In turn, a new type of exposure to new people and cultures is commencing for the black American man. Therefore, it makes sense that when men and women from different cultures begin to interact and develop an understanding of one another’s emotional needs, they will establish relations that previously never existed.