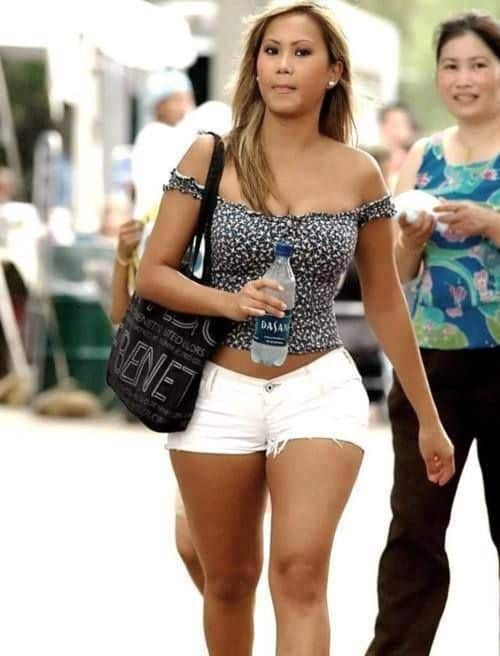 The Philippines is a country made up of over 7,000 islands in the Eastern Pacific Ocean near Malaysia and just off the coast of China. Many years ago, the Spanish came to the Philippines under the rule of King Philip II and colonized the country.

This influenced the culture of the Philippines and you will notice many similarities to Spain including their national language, Tagalog. After the Spanish came to the Philippines, America took over and introduced a lot of American culture that still exists in the country today.

For example, Filipinos speak very good English – arguably the best English in Asia. They also love basketball and enjoy American pop culture, music and style. This is one of the reasons why many black men make the successful transition to life in the Philippines.

In this article, you will learn 10 reasons why black men should travel to the Philippines and possibly consider living here and becoming a long term expat.

1. The Original Filipinos are Black 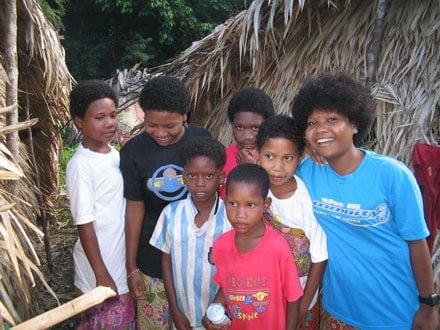 They still exist today in the mountainous regions of Luzon island but are unfortunately isolated from modern day society. They live in small villages using the same survival techniques they used thousands of years ago.

You will rarely see them in big cities but you can easily travel to their villages in Pampanga (around 45 minutes drive from the Philippines capital, Manila).

Still to this day, many Filipinos possess facial features and characteristics of the Negritos, which means black culture is forever embedded in Filipino society. 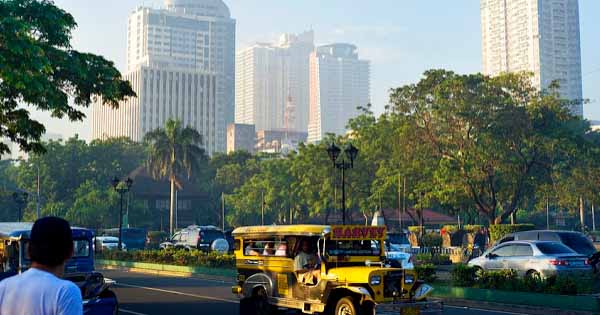 One of the nice things about the Philippines is that English is widely spoken throughout the country. Most Filipinos learn English in school and you can easily have conversations with them, even complete strangers. It’s important to learn Tagalog (the national language) but you can get very lazy and use English everywhere.

This is one of the reasons why many brothas move to the Philippines and date/marry Filipino women. The language barrier isn’t so great like Thailand, Colombia, or Brazil. If you are older, then you’ll probably want to communicate in English to save time and effort. This makes the Philippines one of the best travel destinations for men over 50.

3. The Weather is Warm All Year Round 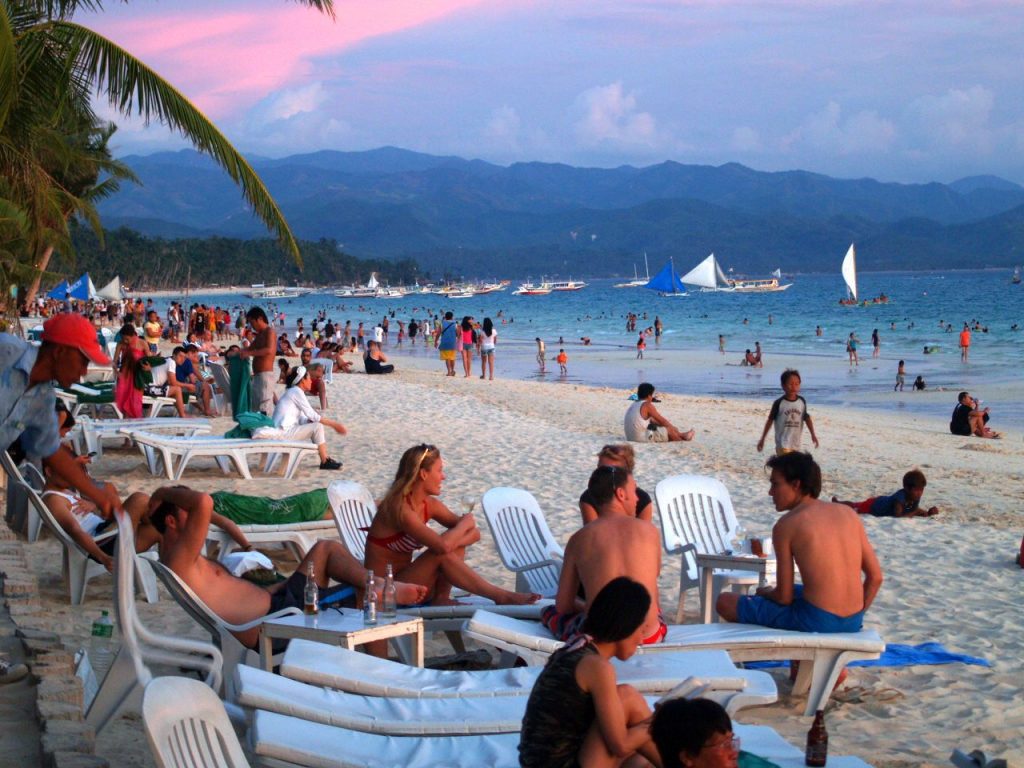 I’m writing this article during the Philippines summer and the weather is absolutely excellent. It’s sunny and warm. No snowstorms or crazy cold weather. The Philippines has two distinct seasons: wet and dry season.

If you are sick and tired of dealing with hazardous weather, then the Philippines will be a breath of fresh air. Many travelers and locals walk around in t-shirts, shorts and sandals year round. The weather is excellent in the cities and even better at the local beaches.

4. Cost of Living is 75% Cheaper than Western Countries 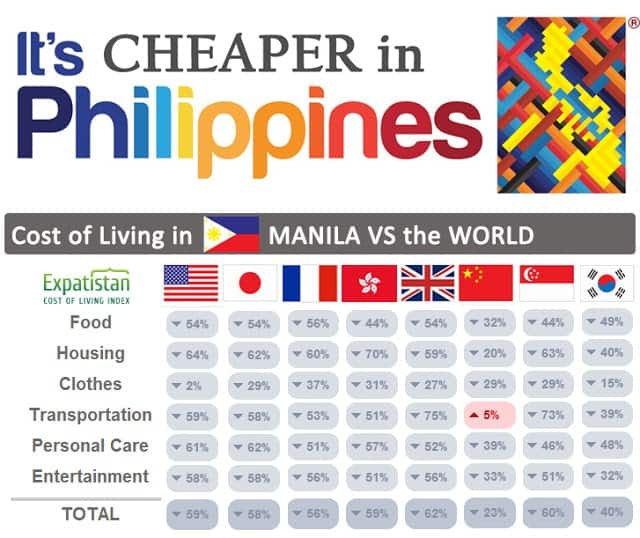 Everything from food to clothing is around 75 to 80% cheaper than most western countries.

Here’s a sample of a few items for sale in the Philippines:

These prices are so cheap and affordable, especially if you earn a western salary. Your dollar/pound goes so much further in the Philippines.

My cost of living in the Philippines was easily under $1,000 per month and I went out partying almost every night. If you decide to stay in and save your money, you can live off of $500 or less. 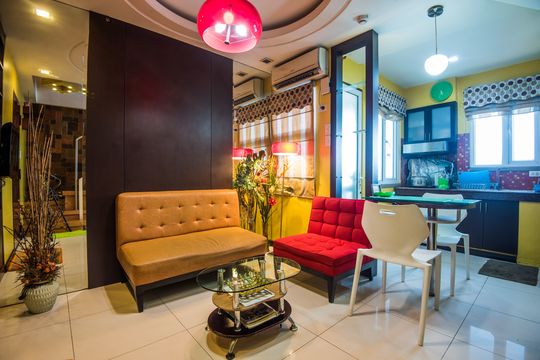 My friend and I tried to share an apartment in Washington, DC and the cheapest unfurnished apartment we could find was $1,200.

What about the Philippines?

I have a friend from San Diego, CA who pays just $200 per month for a big 1-bedroom apartment in a safe Manila neighborhood.

You can save even more money if you stay in a hostel. There are several Makati hostels that accept long term monthly guest for just $150 per month. You’ll share a bed with several people but your cost of living is rock bottom.

You can either go out every night or simply save your money and fund your retirement/start a business. 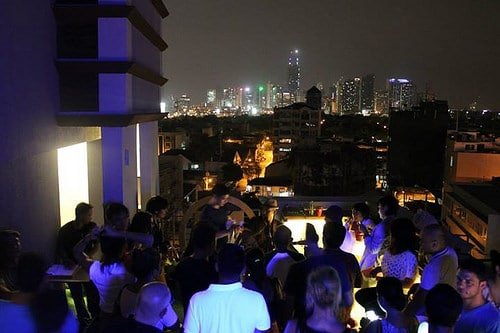 When I lived in the United States, I have to avoid the nightlife because it runs me around $100+ per night out. Partying in cities like NYC or Miami can cost you a fortune if you buy everything from taxis, drinks, food and the nightcap.

How about in the Philippines? You can enter very high end upscale nightclubs for just $10 cover charge. Drinks cost only $4. There are rooftop bars that only require you start a tab of just $4. The best part is you’ll party with a mix of foreigners and locals so you can meet local Filipinos or hot foreign chicks for bargain prices.

After living in the Philippines, I began to enjoy going out again because I am not destroying my bank account.

7. Philippines Police is Friendly and Non-Confrontational 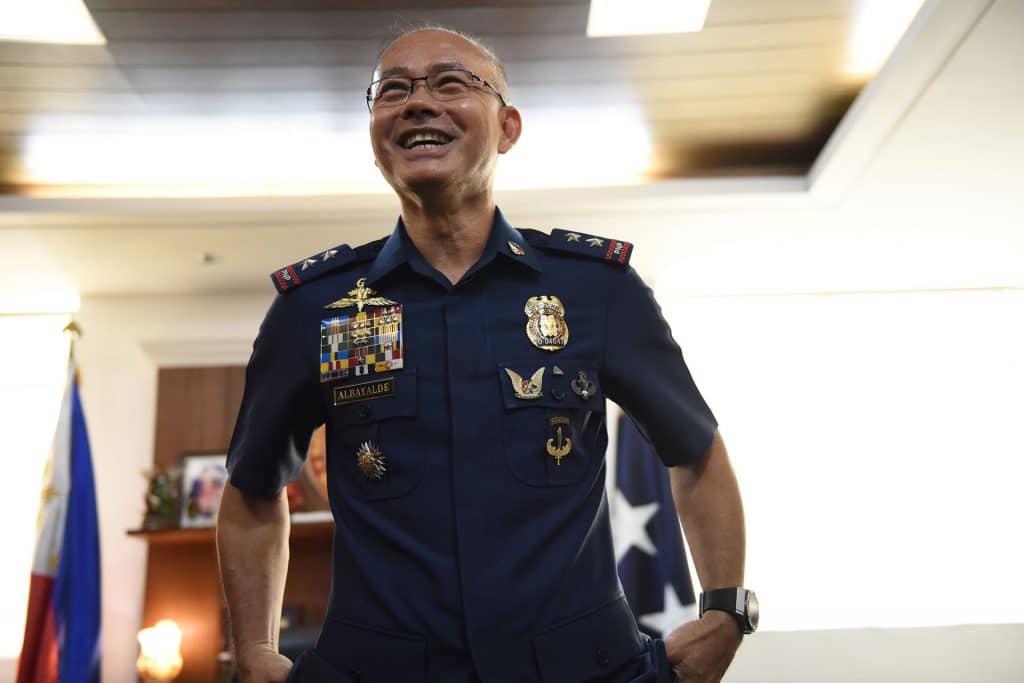 After speaking with many brothas overseas, I understand the major concerns about police brutality in America. The police have the authority to brutalize and kill brothas for no apparent reason. It’s one of the major reasons why I started living overseas as an expat. I got sick and tired of hearing story after story on the news.

In the Philippines, the police do everything to deescalate a situation and make things right. They aren’t trigger friendly or carrying a white supremacist attitude on their sleeve.

This means you can walk around during the day and/or at night without a target on your back. You aren’t afraid of being stopped in your car or harassed on the streets.

As long as you respect the rules and culture, you should have zero problems in the Philippines.

8. Live in the Big City or Tropical Paradise…It’s Your Choice 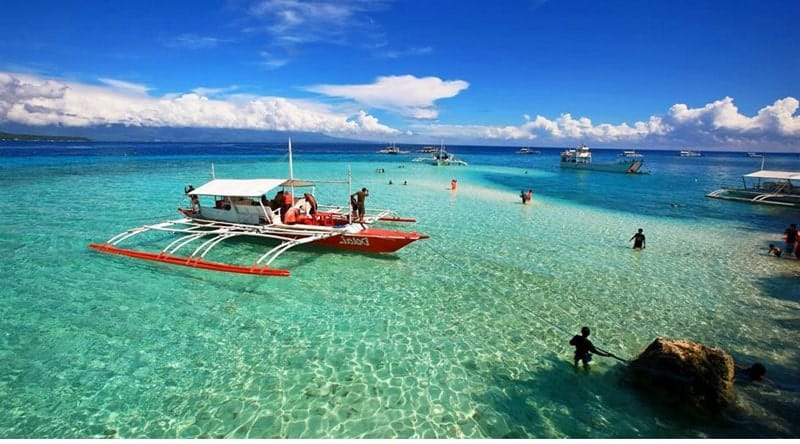 The Philippines offers the big city life in places such as Manila or you can live in a tropical beach paradise such as Palawan or Boracay. Depending on your tastes, you have plenty of travel options to choose from.

It makes sense to visit the Philippines and check out some of the best places to travel so you can figure out where you want to stay long term.

9. Filipinos Are Emotional but Extremely Friendly and Easygoing

One of the most difficult things I first deal with in the Philippines was the emotional attitude of the people. Filipinos are the most emotional people on the planet (in my opinion). They respond to emotions first then use logic later.

However, I also realized that most Filipinos are friendly, easy going and love to laugh. They can turn the worst situation in the world and make a joke about it. They walk around in shorts and sandals without a care in the world even if they have no money in their pocket.

It’s quite a culture shock at first, but I’ve gotten used to their antics and respect their hustle.

10. Women in the Philippines Are Easy to Meet and Date

Filipinas speak very good English so this makes it easy to communicate and meet them. In my opinion, Filipinas have some of the best bodies in Asia.

Whatever your preference is, you can find it in the Philippines.  One of the easiest ways to meet women in the Phillippines is through Filipina online dating sites.

PinaLove and FilipinoCupid are the best websites to meet young Filipinas who are interested in foreigners.

That’s it! I’m turned up about the Philippines. I hope you enjoyed my 10 reasons why black men should travel to the Philippines. It’s definitely an interesting experience and you will appreciate the country if you’ve ever traveled to Asia.

I also highly recommended the Philippines to the mature brothas out there who are sick and tired of games and looking for a Filipina wife or girlfriend.

if you have any questions or comments about living in the Philippines, please leave a comment below. 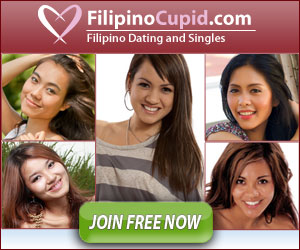