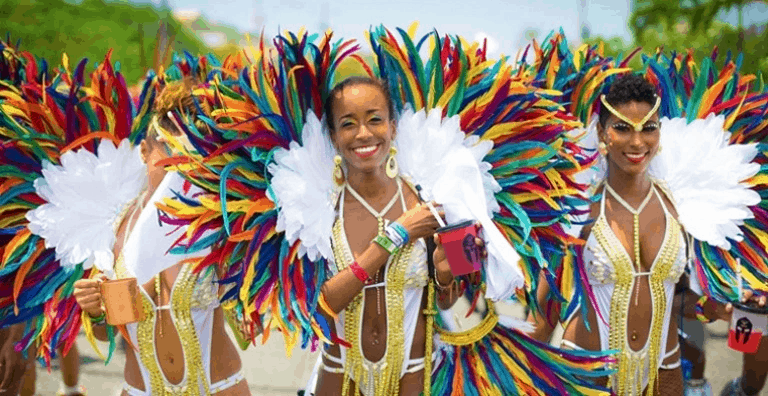 And, for many of us, even when we seek brides across the globe we still have our hearts set on being with a beautiful black woman.

We love the skin, hair, and curves of Black women.

We love the strength of Black women.

We love the perseverance of Black women

We love the resilience of our Black women.

But, we seek a kind, feminine wife who will work in harmony with us as we strive to build beautiful, healthy families with children who will be well-prepared to succeed in this advanced and highly competitive global economy.

Can the Islands of the Caribbean Sea Provide Brides for Black American Men?

Could English-Speaking, Middle-Income Caribbean Countries Be A Solution To Finding Your Bride?

Why make the task of finding a wife more difficult by having to learn an entirely new language?

Instead of taking a 14-hour flight to Brazil where you can definitely find hot black babes but Rio’s also a place where if you don’t speak Portuguese you can’t communicate with your Brazilian version of Gabrielle Union.

Or if you’d like to take a flight and hang out in the Dominican Republic but you don’t speak Spanish it could be the same frustration about not being able to communicate with your Dominican hottie version of Amara La Negra.

However, there are several Middle-Income, English-Speaking Islands in the Caribbean Sea and one in the Atlantic Ocean (Bermuda) where smart, conscientious Black American men could find compatible Black women with more traditional values for love and marriage.

So how about traveling a few hours on a short flight from the U.S.A to connect with attractive, high-caliber Island Ladies?

Black American Men Must Recognize Their High Value As Men

Smart Black American men must come to recognize their high-value to Black women from cultural settings outside the United States.

Don’t believe the hype, many black women who are from the Caribbean Islands of the West Indies have a positive opinion of  intelligent, hardworking Black American men who have made good lives for themselves and who have the desire and means to provide a good life for a wife and their children.

You have the privilege of being born in the most prosperous and powerful country in the world, the United States.

Use that First-World Privilege to your advantage.

Black American men should use their First-World Privilege and American Citizenship Privilege to connect with beautiful, upscale West Indian women who are open-minded about marrying a smart, financially-secure black man from the USA.

Less than a 15% of Black American men have passports for international travel.

If Black American men would travel and work outside of the United States more often they would quickly experience how well they are regarded by many women throughout the West Indies and beyond.

2. Not Knowing their High-Value as First-World American Men

Unfortunately, the typical hardworking, good-guy Black American male is not aware of how highly regarded he is by women in other countries.

Black foreign women are not just enamored by the Black American sports stars and entertainment icons they also know about the good Black men in the U.S. military they’ve met who have been on peace-keeping missions or those who have served on U.S. Agency for International Development projects to build schools, hospitals, water-treatment systems, and electric power grids in their countries.

Foreign Black women are keen to notice the distinct confidence and swag of accomplished Black American men who visit their homelands.

As a Black American, middle-class man you offer a beautiful, Caribbean sista a First-World lifestyle in a country that immigrants from all over the world are clamoring to get to.

Let your American Citizenship and First-World Privilege work in your favor to raise your stock and Marriage Market Value as an on-point, financially secure Black American man from the United States.

Smart brothas are doing this and winning.

These Are  English-Speaking, Middle-Income Territories of the West Indies and Beyond

Saint Vincent and the Grenadines

Visit and vacation in these countries. Attend their festivals and get to know the people.

Your bride could be just a short vacation away.

Ray is an Insurance Professional by Day and a Men's Advocate for Pursuing Life to Its Fullest by Night. He has traveled to several Caribbean Islands, Canada, and Hawaii.