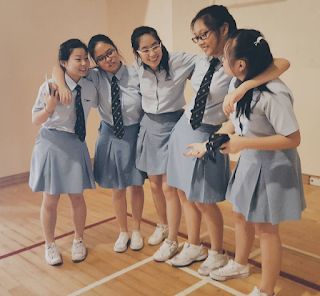 The Southeast Asian nation of Vietnam is the easternmost country on the Indochina Peninsula. English has recently reached the Vietnamese population.

Macau is a special administrative region of China. The resulting autonomy has allowed the city to make gambling a business: Macau has higher gaming revenue in Las Vegas!

China is the fourth largest nation in the world, moreover it has always been a superpower and still exercises its hegemony worldwide. Although it is not so easy for the Chinese to learn English, they seem to be working hard to introduce the first international language as a study in schools.

The most significant of the foreign languages ​​in Taiwan is English. Being the undisputed language of international trade, English has registered an increasing number of speakers in the country. The language is taught in schools, a situation that has been attributed to the growing population of competent young speakers.

Clearly the English that is spoken in India is not exactly that of Cambridge, in particular the Indian pronunciation is so peculiar that often even native English speakers find it difficult to understand what the Indians say, but in general among people of a certain culture, the knowledge of the English of the Indians is far superior to that of the southern Europeans (see France, Spain and Italy).

Chinese and English some official languages ​​of Hong Kong former British colony.During the colonial period and up to 1974, English was the official language and language of business in Hong Kong.In recent times, the government has pushed for the continued use of English in primary and secondary education levels.

Malaysia has Malaysian Standard English (MySE), also known as Manglish, which has its roots in British English but is mainly used in education and less so in other areas of the country. The majority of the population (60%) can speak even if the language is decreasing.

The archipelago includes 7,641 islands distributed in three main geographic regions. Filipino and English are used in government, education, media, press and business. Filipino is used as a spoken language and English especially in publications and media. Locals use their native language when they speak to each other but switch to English when they speak with non-locals.

It is spread over an archipelago made up of 58 islands, the largest and main of which is the island of Singapore which houses the metropolis.

The city-state is the fourth largest financial center in the world and is one of the main cosmopolitan cities on the globe, with an important role in international trade and finance. Its port is among the top five in terms of activity and traffic worldwide.

Road signs and official publications are written in English, usually accompanied by translation into one of the other official languages.