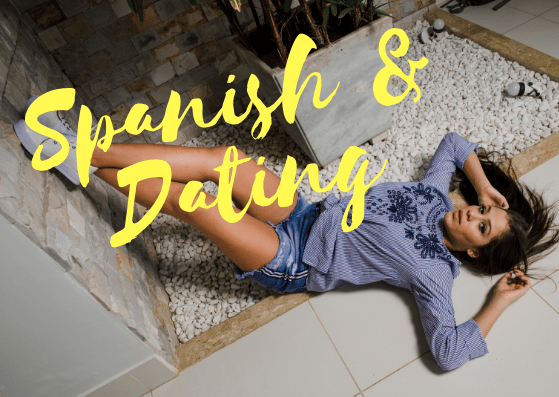 I know lots of guys who want to travel to Latin America and date Latinas. Date, mate, and all that great stuff.

Most are nice, chill guys who want to come prepared. They want to get the best out of their visits.

And the most common question I get asked by guys who want to meet some chicas south of the border is:

Do you need to know Spanish? Do any of the girls speak English? Will I do okay using my high-school Spanish?

Do I need Spanish to date in Latin America?

Do you need Spanish to survive in Latin America?

It is possible to get by without speaking much Spanish. That doesn’t mean you should, though.

You’ll find a few people who speak English. You might even find a girl who speaks English and can translate for you.

I’ve seen it plenty of times, I know guys who have girlfriends who translate everything for them. They rely on their girlfriends for everything.

One of these guys tried to break up with his girl and she attacked him with a broom. He had to use his jiu-jitsu skills to pin her to the floor so he could get out of the house.

He had no clue what the hell she was yelling at him in rapid fire Spanish as he fled the scene. Latinas as passionate, y’all.

I’ve got lots of other crazy stories like this one. Here’s why:

Any girl who knows English will have dated lots of other foreign guys. She’s a serial dater. A gringo hunter.

If she’s dated lots of gringos, she’ll have more attitude. She’ll have dozens of other foreigners on WhatsApp.

And you’ll have less value in her eyes. She knows she can get another foreigner just like you. The power dynamics of the relationship favor the girl.

But that’s just the tip of the iceberg. 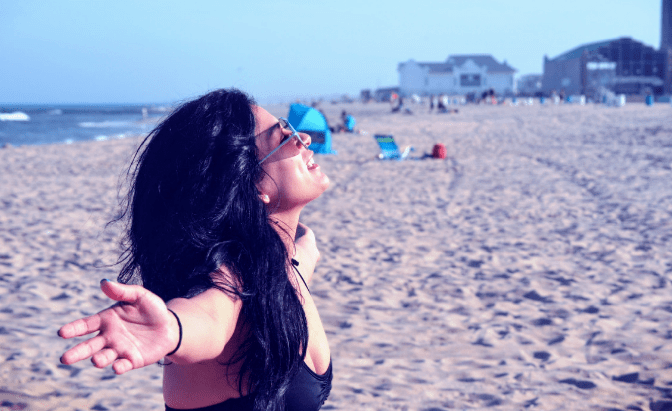 Do you need Spanish to get one date? No.

Do you need Spanish to lead from date to sex? It helps.

Here’s a quote that proves what I’m saying:

The more Spanish you know, the deeper you’ll understand the psychology of Spanish-speaking women. If you want to get good at dating Latin women, you need to get inside their heads.

Knowing Spanish is key in Latin American because family is an important part of the culture. This isn’t like the US where young people go away to college, move to New York for work and only fly home to visit their family during the holidays.

Latin women do everything with their families. If you don’t speak Spanish, you can’t communicate with her family. That’s a huge barrier to a long-term relationship.

You can hookup with here, but it’ll probably never be more than a fling – unless you learn a little of the language.

And that’s certainly not a bad thing. International dating is filled with flings. We all know why we come south of the border.

But what happens when we want to stay?

That’s the point I’m getting at here.

The fact that you learned Spanish says a lot about you. It shows that you have the ability to learn anything. That skill is more important today than at any time in human history.

Imagine the opposite. Imagine a guy in your country, say the United States who doesn’t know a lick of English.

Would he get a date? Would that guy have girls? We both know that that guy would have to be insanely good looking to get a girl. We’re talking Abercrombie & Fitch model status here. You might say:

“Well, that’s different because English is more of a global language. The likelihood of a guy not knowing any English in the US is low”.

True, but you get my point.

If you see a guy in Latin America who doesn’t know any Spanish, and he bangs lots of hot girls… you can be sure that he’s got good style, he’s good-looking, and he’s got a comfortable bankroll.

That means he’s doing well in spite of his lack of Spanish, not because of it.

If you don’t know Spanish, you’ll restrict yourself to online dating and party girls. That puts you at the mercy of guys how who are trying to sell you something: mail-order Latin brides.

Or you’ll be victim to girls who are trying scam you to get money or a green card. Or girls that will try to rob you and drug you. It happens in Colombia. To a lot of people. Although this is less common once you go to smaller Colombian cities.

These scammer prey on the weak. And who are the weak in Latin America? Answer: Tourists who don’t’ know the language.

If you want to date long term and get beyond online dating options, on Tinder or Cupid, you need to know Spanish.

Taking It One Step Further

Let’s look at other examples:

Do you need to dress well to get a date in Latin America?

You’ll see plenty of examples that prove you don’t. But, look at the type of girls these guys are with.

Do you need to be in shape to date girls in Latin America?

No, you don’t. You’ll see plenty of overweight, sloppy-looking guys getting dates in Latin America. But again, take a look at the girls walking around with those guys.

Do you need money to date in Latin America?
Big question. Yes, you need a little.

Do you need to know how to dance in Latin America?
No, but it helps.

In fact, in order of importance, Spanish, style, and money are the most important. In that order. Physique and dance skills are important but secondary.

If you’re reading this article and thinking: “I need to be fluent in Spanish before I go”

You’re missing the point. Stop using your lack of Spanish to stay in your comfort zone.

Yes, you need to know Spanish.

And you won’t learn staying where you are. You need to start learning and start interacting with some Latin women.

But a little studying before you go will take you a long way.

This program is an easy way to pick up the basics before you hop on a plan with dating Latinas on the mind.

And trust me when I say, a little love language skills will ensure a lot more Latinas end up back to the crib. Your crib.

P.S: This is a guest post created by Papi Chulo of ColombiaCasanova.com. For trials and tribulations with Colombianas, make sure to give the site a read.