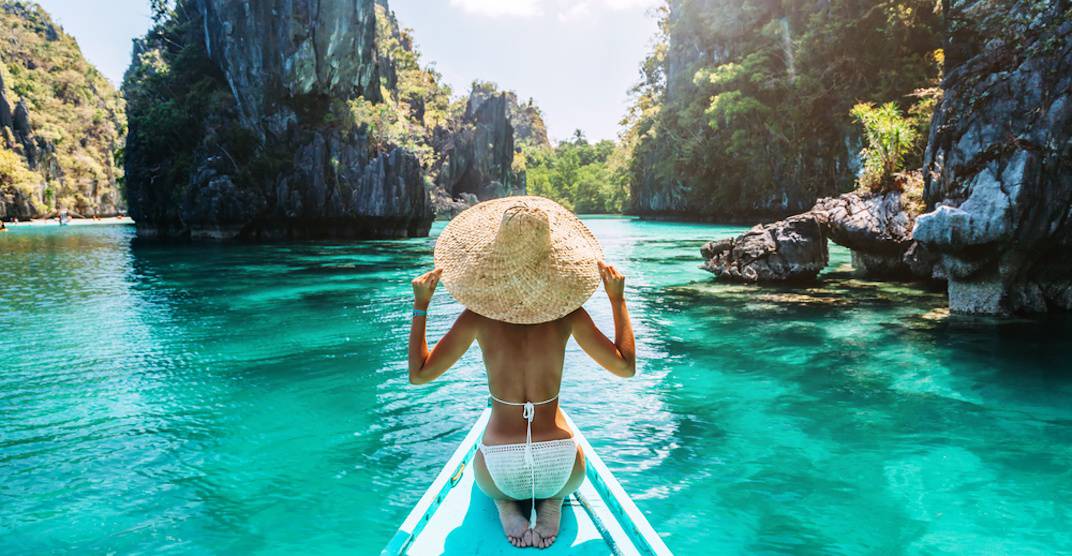 Are you planning a trip to Southeast Asia and can’t decide between Thailand or the Philippines? This is one of the most common questions I receive so I finally decided to write an in-depth comparison weighing the pros and cons of each country.

Of course, Thailand is the most popular travel destionation in the world and places like Bangkok and Pattaya get a lot of visitors per month. However, more people are considering the Philippines as an alternative destination or just getting a bit bored of Thailand.

Whether it’s your first time visiting SE Asia or you’re a travel veteran, you’ll learn enough information in this article to make a reasonable decision.

This is going to be a lengthy article so use the table of contents below to get around if you’re looking for a specific topic.

Many expats and travelers focus on SE Asia because it’s well known as a cheap destination for foreign men. You’ve got great weather, beautiful women, and yearround sunshine for much cheaper than most western cities.

Part of this reason is because the official language of Thailand is Thai and the Philippines has a lot of English speakers. Prices are always extremely high in English speaking countries and you’ll have to venture out into the Philippines’ countryside to experience low prices. However, most expats prefer to live around other expats in places like Manila, Cebu and Angeles City.

Thailand is around 50% cheaper than the Philippines if you live a similar lifestyle in a decent modernized part of the country.

This isn’t really a far comparison since Thailand is well known for having some of the world’s craziest nightlife. Bangkok, Pattaya and Phuket are unbelievable places to party and hook up with beautiful girls. There’s also a lot of foreign girls (mostly European & Asian tourists) hanging out in Thailand so you have a lot of different girls to choose from.

The Philippines is a much different culture and the nightlife isn’t as good nor does it have the same variety. Angeles City is the best overall place for nightlife and while Walking Street does have lots of cool nightclubs and pretty girls, it’s probably 1/4 of the size compared to Pattaya’s Walking Street.

Meeting women in SE Asia is much easier and more natural so you won’t have a problem hooking up in either country. Beauty is subjective so it’s up to you to decide which country has the prettier girls.

I’ve been to both countries and my preference is for Filipinas because they are more curvier and almost all of them speak English. While I did see a few curvy Thai girls, most Thai girls are flat and skinny but overally have pretty faces. Filipinas don’t have the best faces but they make up for it in the body department.

The Philippines is arguably the easiest place in the world to get laid while Thailand is easy as well but the language barrier does become an issue.

AFAD, an Australian-Filipina model, won Miss Universe 2019 as well, giving Filipina women a lot of credibility in the looks department.

Thinking about moving overseas to retire in a warm, cheaper country? Many Americans retire in the Philippines because it’s easy to speak English there, it’s cheap and Filipina girls are open to marrying men 20 to 30 years older than them. The Philippines offers a good retirement visa to foreigners and many older westerns make the transition easier.

Thailand is another popular retirement destination but assimilating into Thai society is much more difficult due to the language barrier. You’ll also find it harder to secure a Thai retirement visa unless you spend a lot of money. The Thai goverment requires a bank balance of $25,000 in a Thai bank plus they made changes in 2019 to their retirement visa rules. You also need to keep a running balance in your Thai bank account, which further complicates things.

If you only have 1 or 2 weeks for vacation, then Thailand makes much more sense for short trips. A lot of people think a short Thailand vacation is expensive, but it’s cheaper than you think. Here’s a complete breakdown of how much money you need to go to Thailand.

The Philippines is better for long term living, backpacking or retirement because most tourists come to the Philippines for the girls and the beaches. The best beaches in the Philippines are located in Visayas, particularly Boracay and Palawan. It can be hard to hit all the good spots in only 1 week. You need 2 to 3 weeks at minimum to travel through the country.

If you want an awesome short vacation, then Thailand is your best choice. The country is landlocked, making it easier to travel around in a short period of time. I’d spend a few days in Bangkok then head to Pattaya for the nightlife and girls. If you’re into water sports like snorkeling or diving, then skip Pattaya and go to Phuket instead.

If you’re looking for great beaches, then the Philippines has some of the best beaches in the world. Boracay and Palawan are great tourist spots to hang out and perform tons of water activitives. The Philippines naturally has beautiful beaches because the country is made up of over 7,000 islands.

Thailand has beaches but they are located in the southern part of the country in popular cities like Phuket. Phuket, Ko Samui, and Ko-Pha-ngan are just a few of Thailand’s beautiful beaches. Many tourists come here to soak up the sun and party.

While both countries have awesome beaches, it’s hard to ignore that Boracay is ranked the top beach destination in the world.

Thailand is always a popular travel spot but rising cost of living & an abundance of tourists are a bit concerning. I visited Thailand last year and the country has changed a lot over the years. It’s still a great place to visit but it’s nothing like it was 7 to 8 years ago.

The Philippines is becoming more popular. However, you’ve got a lot of other problems like extreme poverty, low salaries, and other concerns.

Here are my recommendations based on your travel goals:

Overall, Thailand is much better and it’s worth the price of admission. Once you get bored of Thailand, then book a ticket to the Philippines and see if you like it. That’s my 2 cents.