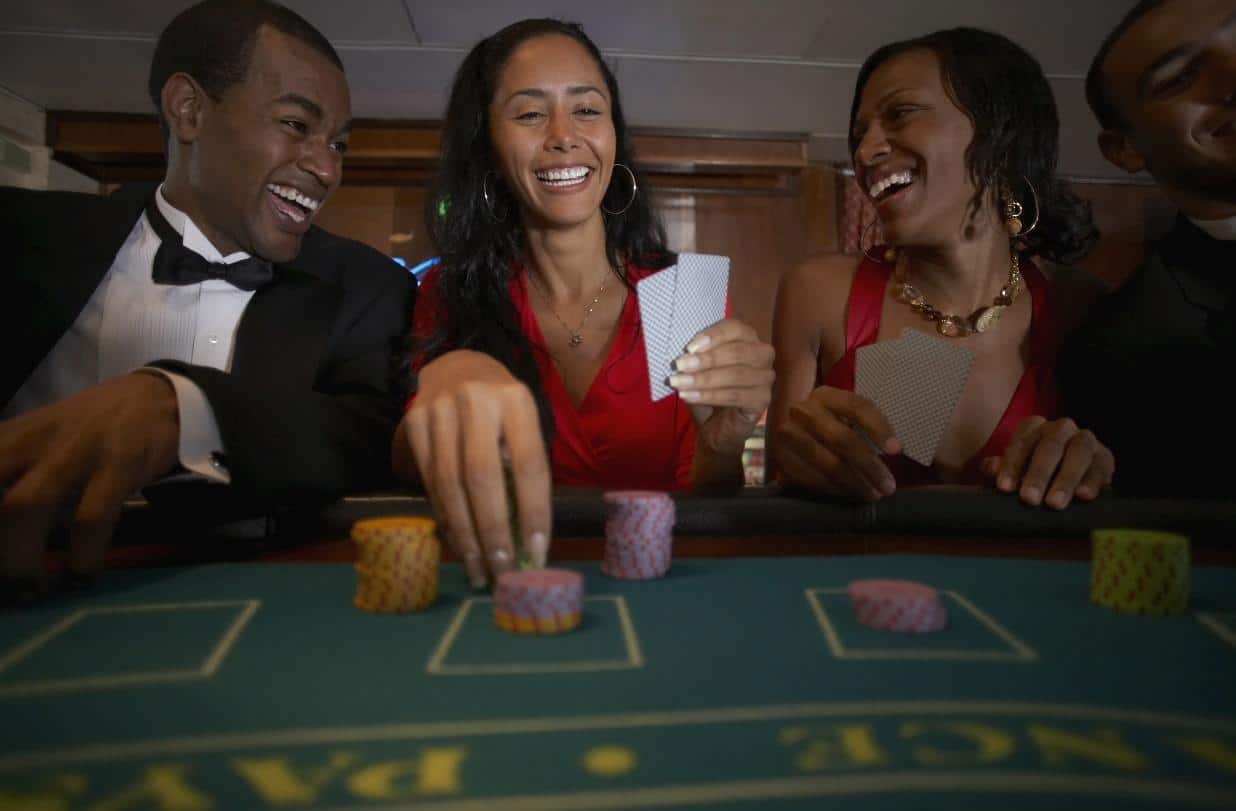 For many years something of a sleeping giant of the gambling world, in recent times the African casino scene has come on leaps and bounds. Obviously, in such a huge and diverse continent, there are many different legislations controlling the activity from the liberal to the strict. Nevertheless, there are more than enough opportunities to indulge in everything from roulette to baccarat and from chemin de fer to craps.

While South Africa and Botswana have always been the epicentre for casino gaming in Africa, many other countries are working hard to catch up. For example in the Angolan capital of Luanda there are now a number of large Chinese casinos catering largely for the expat workforce who are in the country to help extract some of its plentiful mineral reserves. Meanwhile, in Zambia a short while ago, the prime minister was calling for more and more casinos to be opened in all of the country’s cities. Let’s take a look at some of the best African countries and cities for gambling.

The country already has over 35 casinos, including one of the best known, at the Rio Casino Resort in Klerksdrop. Originally opened in 2002 by Tusk Resorts, it was taken over by one of the continent’s biggest gaming and entertainment organisations, Peermont Global, in 2006. With a gaming area of 66,000 square feet there’s plenty of room for 11 table games as well as 274 slots in addition to two poker tables. For a more exclusive experience you could try a Salon Privé and poker tournaments are held every Sunday night. As the name suggests, the theme of the casino is the Rio Carnival, so you can expect a lively and vibrant atmosphere 24 hours a day.

Another of the country’s most iconic casinos is the Sun City Casino Resort, and one which positively dwarfs the Rio. The resort was first opened in 1979 by Sun International and caused controversy in the apartheid era when acts including Queen, Liza Minelli and Elton John flouted the cultural boycott and played there. The gaming floor covers an incredible 125,000 square feet and has 33 gaming tables and a jaw-dropping 852 slots guaranteed to keep you playing and playing. From baccarat to slots, there’s all the range of games anyone could want and the surroundings are as plush as you’d expect from such a high profile location. There are no less than four hotels that provide the accommodation for the resort and while you’re not at the tables you can be enjoying a round of golf on the Gary Player-designed course.

Sun International also manages the Avani Gabarone Hotel & Casino in Botswana, which re-opened in October 2017 following a $7.5 million refurbishment to create a 156-room hotel. Walk in through its grand doorway and you’ll find a 33,850 square foot gaming room with nine table games and 150 slot machines. Situated in the heart of the business district of Gabarone, the casino may be small but its atmosphere of understated elegance means it’s always popular and bustling. Unlike some casinos, the emphasis inside is on creating light and airy spaces where relaxation and discreet, but very attentive, service is key.

We’ve mentioned that North Africa may not be one of the main areas for casinos, but there is one very high profile exception, in the form of the legendary and independently-owned La Mamounia in Marrakech. The Moroccan hotel, which houses the casino, has an endless list of famous ex-guests including Winston Churchill (who declared it “the loveliest spot in the world”) as well as Marlene Dietrich and Yves St Laurent. It’s anyone’s guess where these any of these guests spent time in the casino, but if they visited today they would be able to enjoy over 100 slots and 12 tables where American Roulette, Blackjack and Punto Banco are all played. The hotel was originally built in 1923 in the classic art deco style and in 2010, following a three-year, $175 million makeover, was restored to its former glory. So expect to be over-awed by its opulent, magnificent surroundings.

A very different kind of spectacle awaits you at the Bollywood Casino in Royal Orchid, Nairobi, which opened in 2016. It’s one of 18 casinos in the city and also one of the most unashamedly over-the-top. At 15,600 square feet, it’s reasonably compact but still manages to fit in 12 table games and 48 slots machines while poker players can enjoy a range of games including Texas Hold’em, 3 Card Poker and Indian Ocean Stud. The Indian theme comes from its owners, Royal Orchid Hotels, which is based in Bangalore, and it’s just as glitzy, glittering and exciting as the very best Bollywood musicals.

So it certainly seems fair to say that the casino scene in Africa is on the up and up, although it’s unlikely to ever be quite like Las Vegas with its sea of neon lighting and architectural spectacles. Nor will it ever boast the sorts of casinos that you find in the UK, some of which are more like private members’ clubs. But it may well have to face the biggest threat currently affecting casinos in both countries – online gaming.

In recent years there has been a real explosion in online casinos, particularly in the UK where remote gambling in all of its forms is now the single biggest sector accounting for 34% of total revenue according to official Gambling Commission figures.

This has generated fierce competition among the leading players to both win over new players from land-based casinos, as well as to attract those who prefer the online experience’s main benefit of convenient – after all, with online gambling you don’t even have to leave the comfort of your own home to play for the jackpot.

On top of this, some leading online operators also offer live casino, which replicates the experience of gambling in a real casino better than ever. You can chat to real dealers, and real competitors, in real time – providing that human element that’s missing in most virtual online casinos. You can find a prime example of this by checking out these live casino games.

The future of gambling in Africa

There has also been a great movement to start opening legal casinos in the islands of the Indian Ocean including Mauritius, Reunion and The Seychelles, as well a concerted effort to close many of the illegal gaming establishments that have thrived there over recent times.

Even in North Africa where restrictive laws and religious convictions prevent gambling there are now a number of casinos exclusively for the use of visitors and expats – so a night at the casino is an option virtually wherever you travel.

With this air of liberalism prevailing it seems likely that over the next few years many more casinos will be opening and, if the projected figures from PWC for South Africa are anything to go by, this is a boom that will ensure increasing revenue to come.

Online gambling is also starting to become more and more popular in countries including South Africa, Kenya and Nigeria, with Tanzania and Uganda gaining on them, too. So we can expect to see the industry growing in the continent for the foreseeable future.