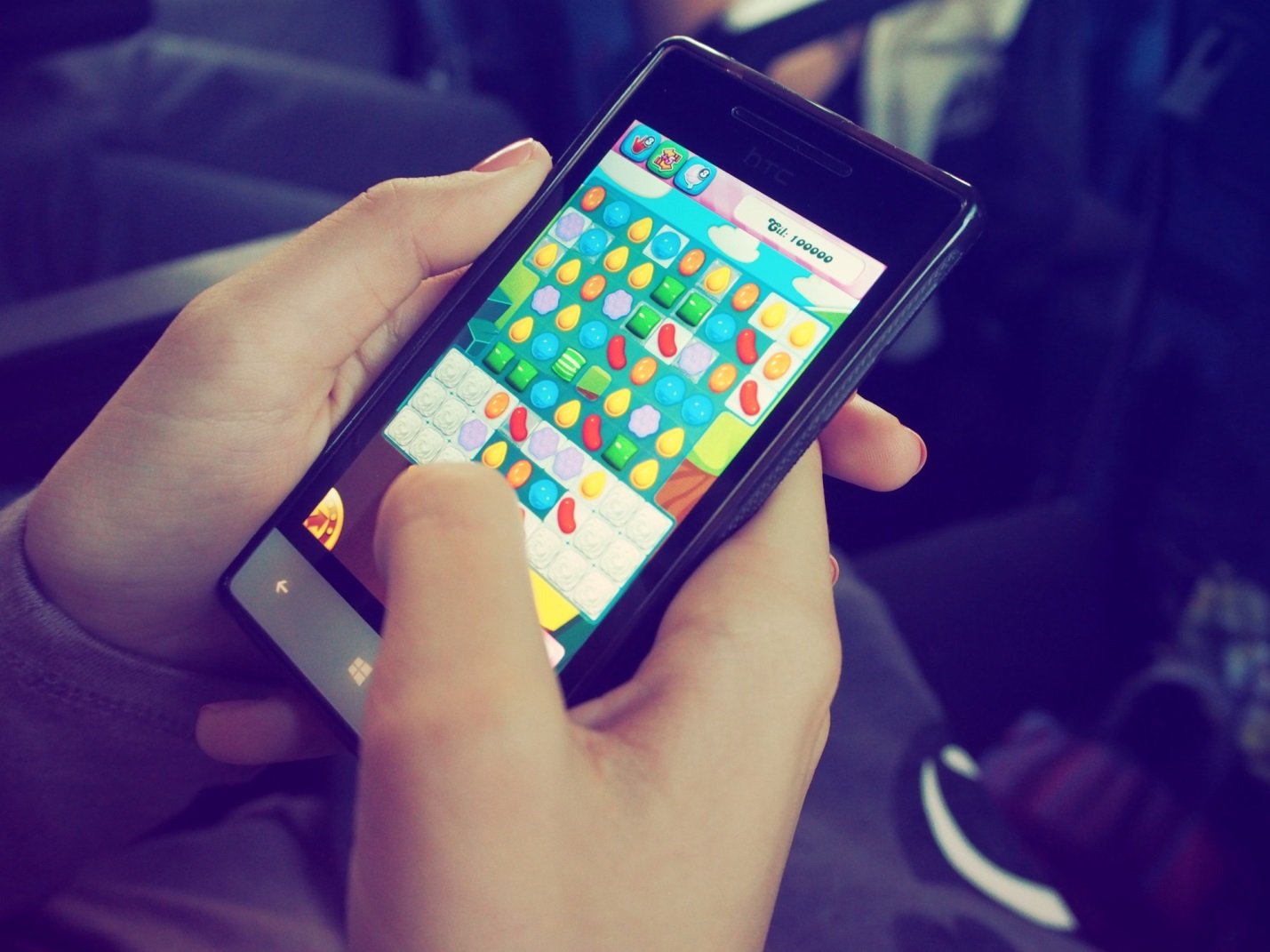 Pokémon Go may be off the table at the moment, along with almost everything you can do outside, but your smart phone can still be an excellent time killer.

Whatever your device, you’ll have access to an app store bursting with games. But figuring out which one to get can be tough, particularly with so many bad games out there.

We’ve done the hard work, though, so here are 7 of the best time killing games for your smartphone.

Words with Friends and its sequel aren’t much more than the smartphone adaptation of board game classic Scrabble. In other words, it’s a classic yet simple format you can use to while away the hours.

It’s easy to juggle multiple games of Words with Friends, too. So while you’re waiting for someone to take their turn in one game, you can easily hop to the other games you have on the go.

Words with Friends is a great way to reconnect with people, too. Add your friends and family and you can communicate via the medium of light competition as you try to outwit them!

While it might seem in poor taste given recent events, there’s a reason Plague Inc. is a classic mobile game. In Plague Inc, you are the contagion. It’s your job to infect as many people in the world as you can and evolve to defeat global scientific attempts to stop you. The end goal? The complete sterilization of the world.

Not feeling such a topical title? Rebel Inc. is the recent sequel from the same development team. Rebel Inc. puts you in the role of a government in an unstable country. You have to keep this war-torn country going as you combat the local insurgency. You’ll need to improve local infrastructure, leverage international aid, and train up your national forces to succeed.

Rebel Inc. mixes in some new, thematic features with the core gameplay established by Plague Inc, and it’s another instant classic.

If you’re longing for a quiet country life right now, then there’s no better escape than Stardew Valley.

Stardew Valley puts you in the role of a farmer who moves away from their busy city life and to the old family farm. You’ll learn everything there is to know about turning a profit from your land.

Along the way, you’ll meet quirky characters and maybe even fall in love! It’s a breezy, relaxing, and wholesome game to spend your time with. If you could bottle fresh air and turn it into a video game, it would look a lot like Stardew Valley.

Stardew Valley originated on non-mobile platforms, so it’s also a great game to get on your PC or Mac. If you want to set your Mac up for games, check out this guide: https://setapp.com/how-to/set-up-your-mac-for-games.

In a siege mentality? Fallout Shelter could be the game for you.

Fallout Shelter belongs to the wider Fallout franchise of games and puts you in charge of one of its iconic Vaults.

Located deep underground after a nuclear war, your Vault is home to a whole population of weird and wacky survivors. Build the perfect conditions for them and send them out on wasteland expeditions to improve your Vault still further.

It’s deeply satisfying to watch your Vault expand from a basic bunker to an entire underground city. You’ll soon grow attached to your vault dwellers and do your best to save them from the ravages of the wasteland.

When you’re done building your Vault, you can simply start a new game and start with a fresh slate, ready to try a new design.

Clash Royale is an addictive genre mashup and a great way to while away the idle hours.

Clash Royale is structured around short, intense match-ups, so it’s easy to jump into the action and put it down again when you’re done. Either solo or in a team, you take on the competition, fighting to be the first to destroy the opposing player(s) towers and win the game.

It’s an addictive fusion of some already addictive genres, combining elements of the MOBA, real-time strategy, and tower defense genres. It also includes a collectible card element that will keep you engaged as you try to build the ultimate deck.

Angry Birds is somewhere between a game and a pop-culture phenomenon, but it’s definitely an excellent time-killer. While the original game is now old enough to have retired, its sequel remains one of the most popular games on mobile platforms.

Angry Birds is simple yet addictive. Working with the game’s delightful physics system, you help the angry birds defeat their porcine nemeses by launching them at their poorly-designed fortifications.

It’s a simple concept, but fiendishly addictive and surprisingly tough.

Missing the public transport experience? Okay, probably not, but Mini Metro could still be a great way to pass the time.

Mini Metro is puzzle/management game that puts you in charge of a city’s growing transport network. Players need to figure out the most efficient way to set out the city’s rail transit system using a beautifully-stylized interface designed to resemble real-world transit maps.

Each map is themed after a real-world location, but the game is mostly procedural. That means no two games are the same, so you’ll always have a fresh new challenge to tackle. Mini Metro’s simple interface and clean design even make it ideal for casual gamers who might feel overwhelmed by the clutter of busier games.

We’ve only scratched the surface of the best time killing games out there, but these should be plenty to keep you busy. Be sure to look up the app store for your device, however, as there are plenty more games to discover.

Looking for more ways to use your device? Make sure to follow our blog to get the most out of it.